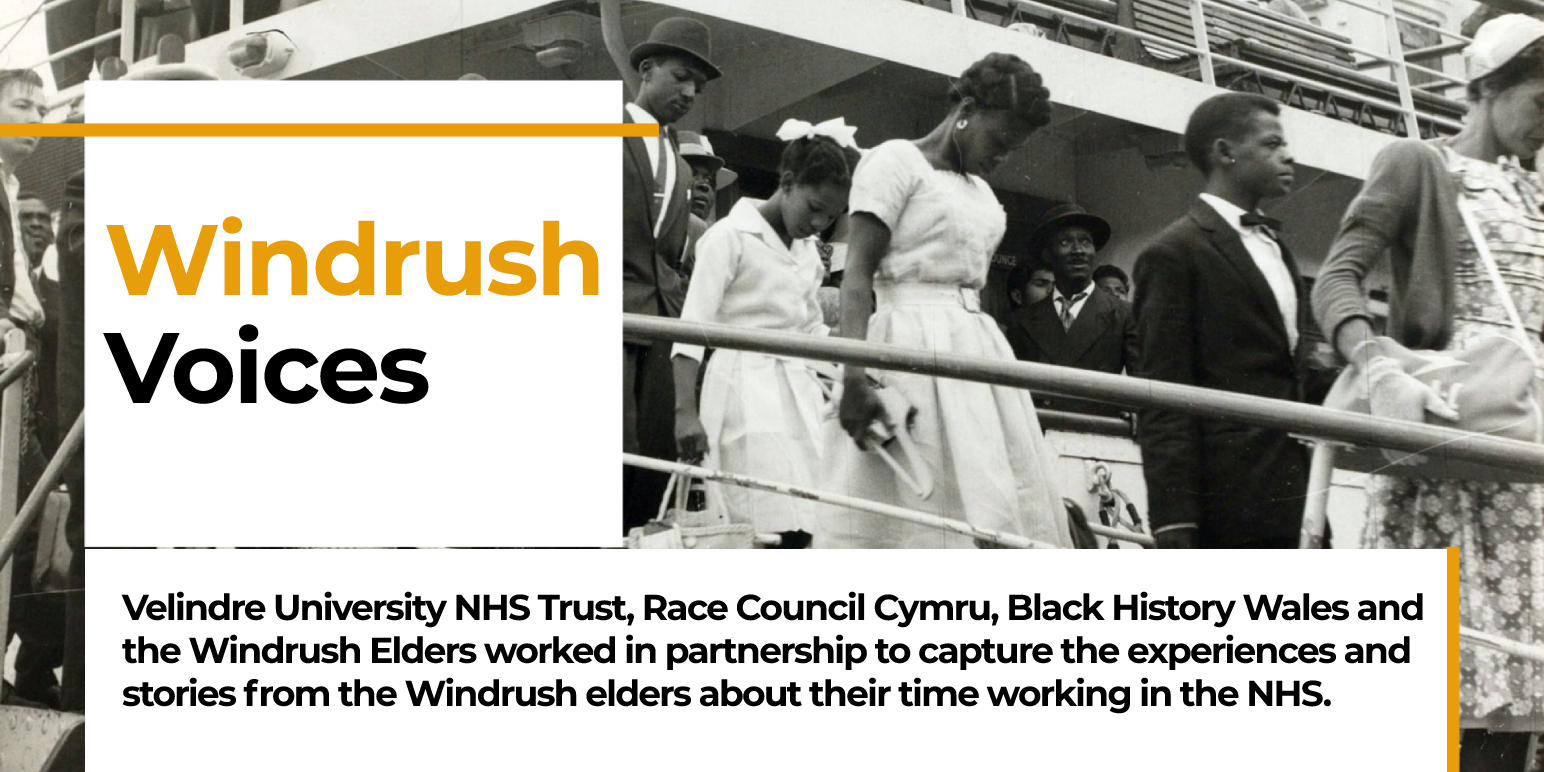 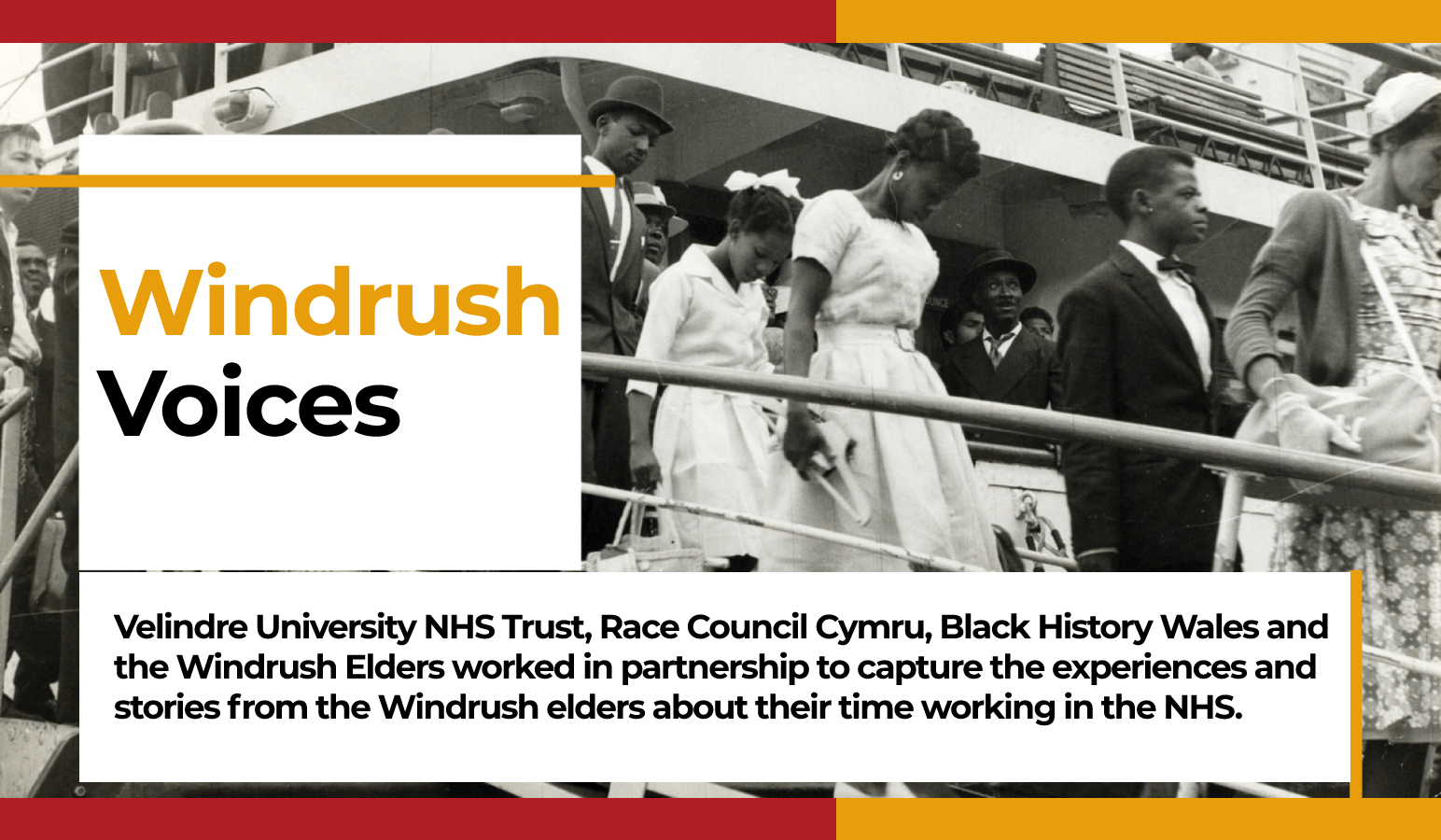 To commemorate National Windrush Day 2021, Velindre University NHS Trust, Race Council Cymru, Black History Wales and the Windrush Elders worked in partnership to capture the experiences and stories from the Windrush elders about their time working in the NHS. ‘Voices of Windrush’ aims to save these oral histories for the next generation to hear and learn from.

The Windrush Empire docked at Tilbury in 1948 but the so-called Windrush Generation are those who came from the Caribbean and the wider Commonwealth, to the UK anytime between the mid-1940s up to the early 1970’s. Many came as children or answered the call as adults from the UK Government to help re-build the UK after World War 2. Many faced racism when they arrived. Many settled in the UK, raising families, who are now contributing to the country’s economic development. Some of the Windrush Generation settled in Wales, especially in the industrial south, where work was available. There is evidence of the Windrush Generation across the whole of Wales.

Velindre University NHS Trust felt that we needed to look closely at the connection between the NHS in Wales and the Windrush history, recognising the invaluable contributions the black community made to the NHS in Wales, whilst also recognising the long history of diversity in South Wales in particular, as a result of the maritime history.

Together we have recorded five Windrush Elders and their families’ memories of their time in the NHS. How they were welcomed into the service, their interactions with other NHS staff and patients. How that impacted on them and the lessons they have learnt over time. History is so often written from the perspective of the majority, with diverse histories lost in time. We still have an opportunity to capture the experiences of those that lived through the Windrush time, and have a duty to ensure their experiences are never lost, so future generations will understand the sacrifices they made to create a better future for themselves and their families. The film produced in partnership with Velindre University NHS Trust. Race Council Wales. Black History Wales and the Windrush Elders was shown to NHS staff across Wales on Windrush Day 2021.

Here we aim to demonstrate respect for the people who in the face of adversity and racism, continued to be the beating heart of the NHS.

We would like to thank those that shared their experiences, family memories as well and thanking them for the contributions they made in the NHS.