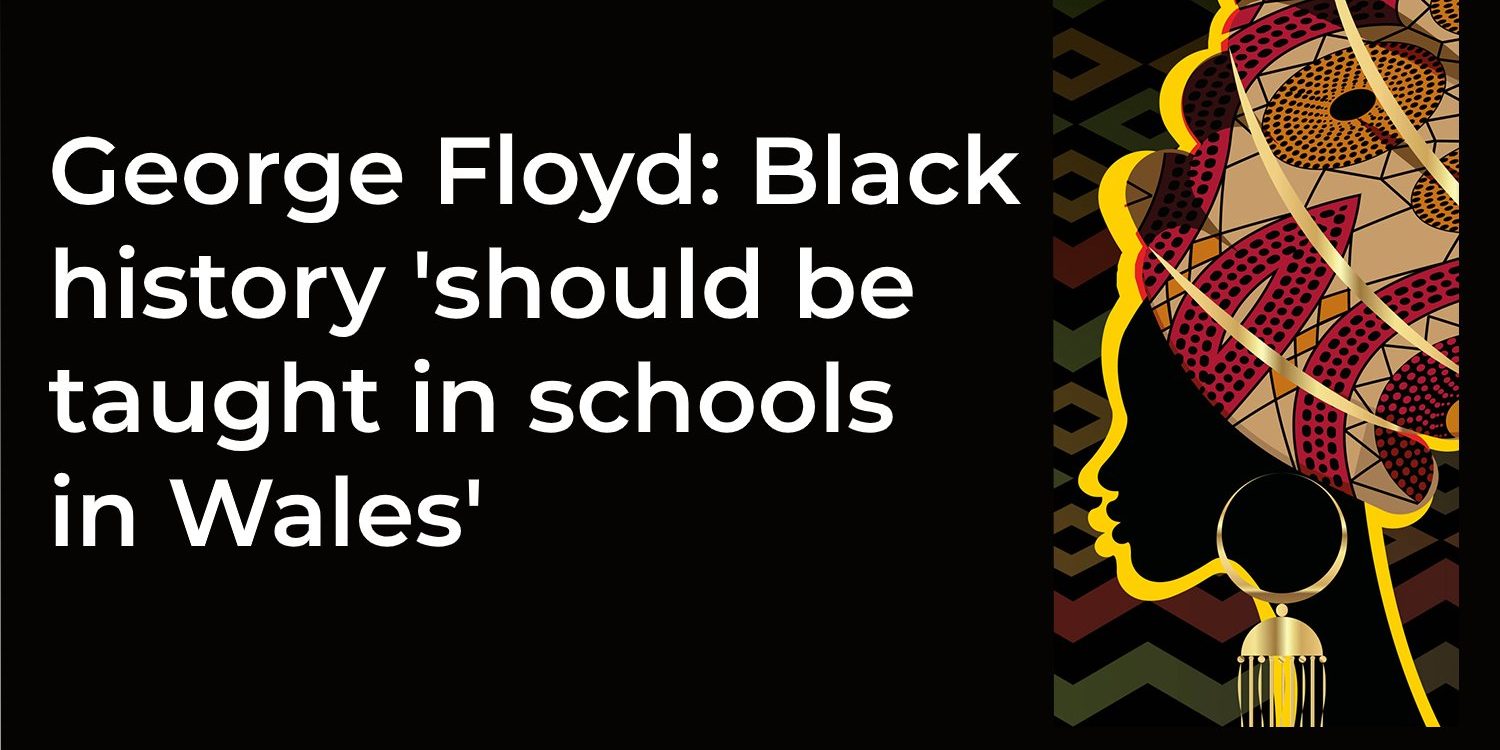 George Floyd: Black history 'should be taught in schools in Wales' 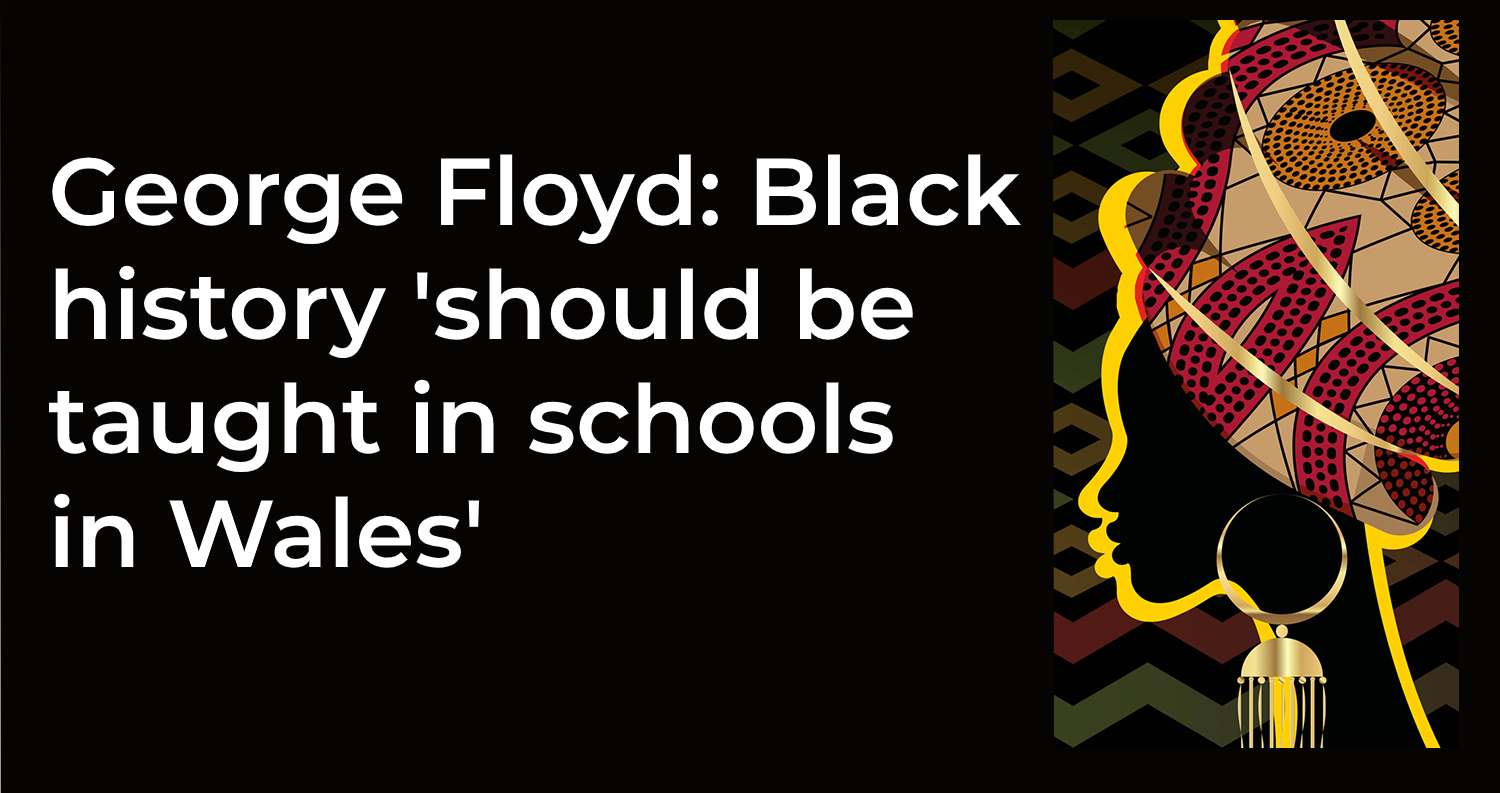 A petition which calls for Welsh pupils to be taught about black history has gained more than 23,000 signatures.

The petition, started by postgraduate history student Angharad Owen, comes amid worldwide protests after the death of George Floyd in US police custody.

A former teacher from Newport said black history had been “whitewashed” from the curricula in Wales and the UK.

Pupils should learn about Wales’ role in the slave trade and colonialism, the Welsh Government said in a statement.

The petition, which had gained more than 23,000 signatures by Friday morning, calls for more recognition of Britain’s colonial past in the Welsh curriculum, and will now be debated in the Senedd.

The threshold for a petition to be debated in the Senedd – Welsh Parliament is 5,000 signatures.

“The British Empire has often been glamorised and the global impact of Britain’s colonialism downplayed. This has been reflected in the content taught,” it reads.

Speaking to the BBC, petitioner Ms Owen said: “This immense period of change and upheaval is an opportunity for the Senedd and Welsh Government to act upon the necessity of including BAME [black and minority ethnic] history and culture in the education of young people across the country.

Hadassah Radway, a former teacher from Newport, welcomed the petition “because black history is Welsh history”.

“Black history and our contribution has been whitewashed from our curriculum and it is time for it to come back,” she said.

Ms Radwin said this meant children were not being taught accurate history.

“Then it is hardly a surprise that they will come out feeling that white is right and black is wrong, and that black people have never contributed to our development and always rely on handouts.”

Angel, 15, won plaudits for her speech in the Youth Parliament about the importance of challenging negative stereotypes of black people in the media and education.

Speaking to Radio Wales, she said seeing the issue of racism come to the fore following the death of Mr Floyd was “very emotional”.

“I think now it has turned around and that emotional response has turned into something more powerful that we can turn into action and see the end result for,” she said.

Angel, from Cardiff, agreed there needed to be change in the education system in Wales.

“There is quite an apparent lack of education when it comes to black history,” she explained.

“I think there is a need to tackle more issues within the topic of racism such as privilege, colonialism.

“With world wars, we can talk about how the Windrush generation helped to rebuild the country – but things like this aren’t in the national curriculum.”

Angel added: “There are so many other parts of our culture that we don’t learn about which explores black heritage, that we’ve been deprived from learning about.”

Nicole Ready, 21, from Cardiff, said a change to the curriculum could lead to a generational shift in attitudes to racial issues.

“If you can start with a whole generation not having to learn at some point – just it always being a thing they know – I think that would be amazing,” added Nicole.

A Welsh Government spokesman said: “The [education] minister has spoken about how linking the local, national and international will mean examining Wales’s role in the slave trade and our contribution to building the empire.

“It means we examine different perspectives on the Welsh experience through the works of Eric Ngalle Charles, or the social history of sport such as the many Welsh Black players who ‘went North’ to play rugby league.

“History is not only a matter for one lesson and one subject.”

Young black people say they have faced racism in Wales as Black Lives Matter protests take place across the country.

The protests were sparked after the death of George Floyd in police custody in the US.

“It’s the monkey noises, or just being in class and when the slavery topic comes up, everyone expects me to be an expert on it,” said Angel.

There are calls for black history to be taught in Welsh schools, as a petition sees a surge in signatures.

“If you can start with a whole generation not having to learn – at some point just it always being a thing they know – I think that would be amazing,” added Nicole.