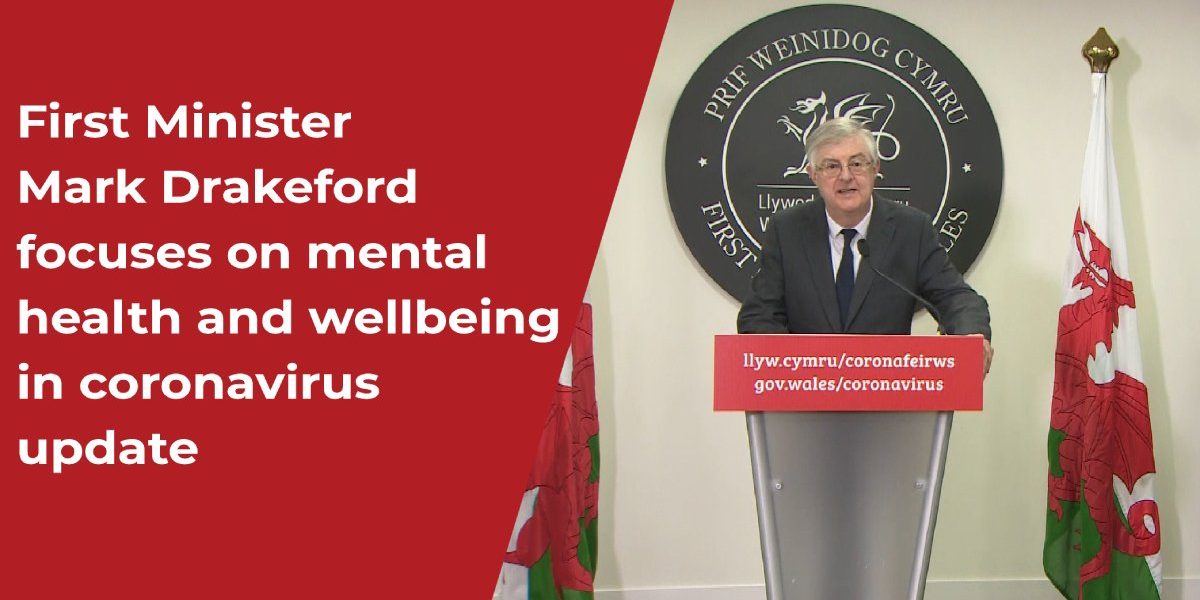 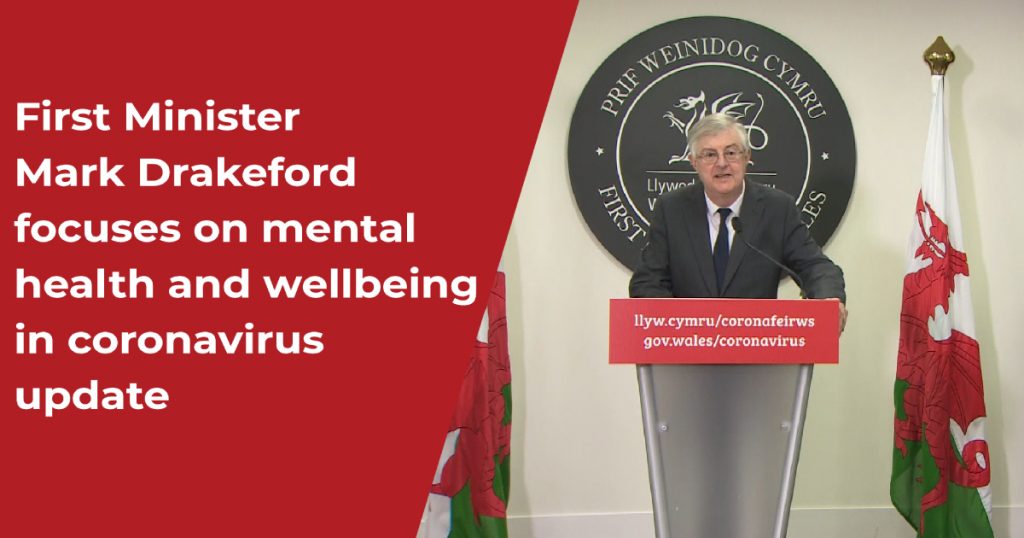 More mental health support for young people will be available during the coronavirus pandemic, the First Minister has said.

Mark Drakeford said the government must “be careful” steps being taken to protect people from the virus do not cause more “unintentional harm than good.”

He announced an extra £3.75m for mental health in schools, which includes new support for children under the age of eleven.

The announcement comes at the start of mental health awareness week and has called it an “important moment to reflect on our own mental health and wellbeing.”

During the Welsh Government’s daily coronavirus press conference, Mr Drakeford said he was “very concerned” at police officers being spat at coughed on and generally assaulted while on duty.

The First Minister is briefed by all four police forces every Monday to hear about the kinds of incidents they have dealt with over the weekend.

“Let me be clear this is absolutely unacceptable. Our police forces are working hard, balancing normal policing demand with the enforcements of the coronavirus regulations.”

Mr Drakeford was also asked about the cost of setting up a Wales-only portal to arrange tests for Covid-19.

“I am very concerned to see reports from some police forces highlighting reports of officer being coughed on, spat at and generally assaulted.”

The First Minister brands weekend reports of assaults on police as “unacceptable” as they enforce lockdown rules. pic.twitter.com/bJbRMqe5uT

First Minister confirms Wales will be part of the UK web testing portal despite the Welsh Government having developed their own https://t.co/kNOWJ1rvrB pic.twitter.com/64BrCEgOmZ

It was announced that the system has now been merged with the UK government site after “struggles were ironed out”.

“It wasn’t wasted, it was necessary – we didn’t have an alternative”, he added.

“We have a reliable alternative we have decided to use that for the reasons we’ve talked about many times before.”

He said advice for the most vulnerable – which is believed to be around 120,000 people in Wales – will be given on the next steps by 15th June.

The Welsh Government announced it would be testing all staff and residents in care home in Wales at the weekend.

Health minister Vaughan Gething said from this week, homes who have not reported an outbreak or any cases of coronavirus will be able to use an online portal to order testing kits for their residents and staff.

The Welsh Government had previously decided against testing all care home staff, only those who were experiencing symptoms of Covid-19, saying there would be “no value” to providing coronavirus tests to everybody.

It later announced it would follow England’s lead and extend testing to all care home residents and staff.

“I can’t look back with regrets.”

Mark Drakeford is asked if he regrets that the Welsh Government has not been able to offer mass coronavirus testing in care homes https://t.co/kNOWJ1rvrB pic.twitter.com/jP71Kl5ydX

The Conservatives have accused the Welsh Government of attempting to “avoid scrutiny” in regards to their original decision to not carry out testing in Welsh care homes.

The Health Minister has said that the Welsh Government was committed to openness and transparency. If this is so, why has he not published the scientific advice that guided his previous decision against the mass roll out of testing across Welsh Care homes?

While I welcome last weekend’s U-turn over care home testing, the delay in reaching this decision has jeopardised the safety of residents and staff.