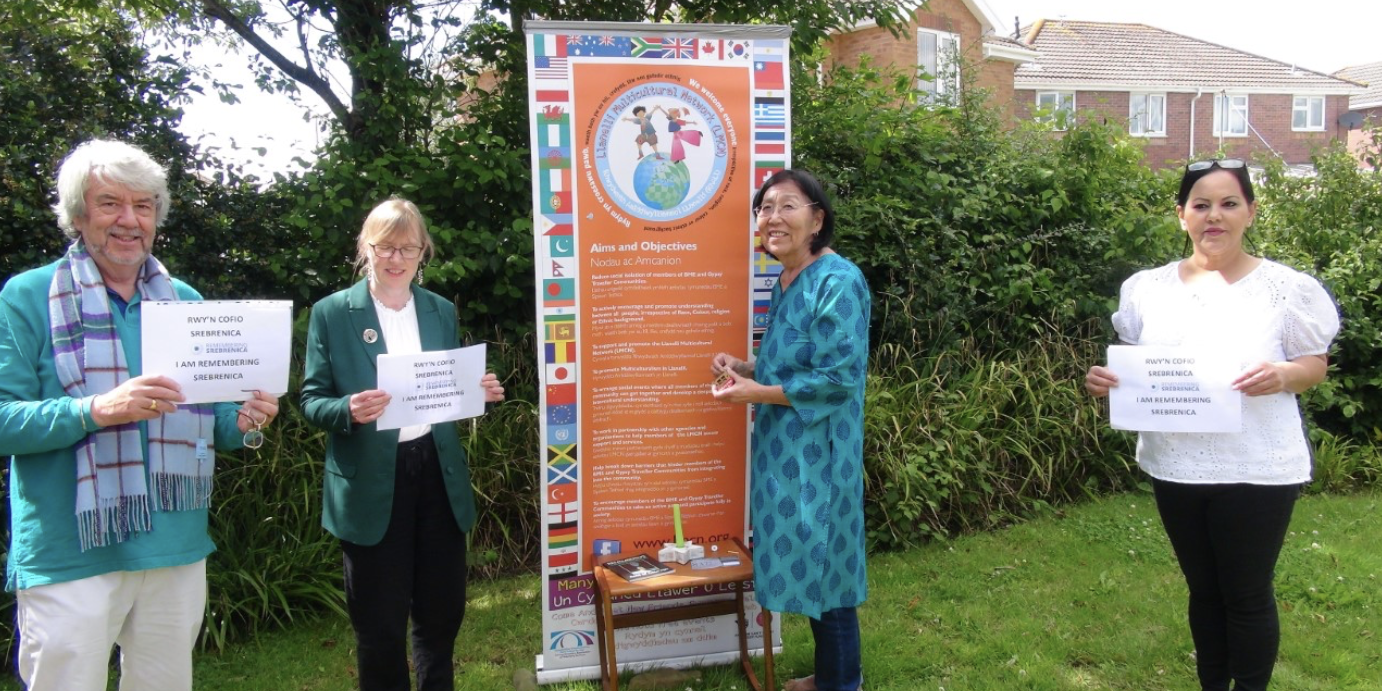 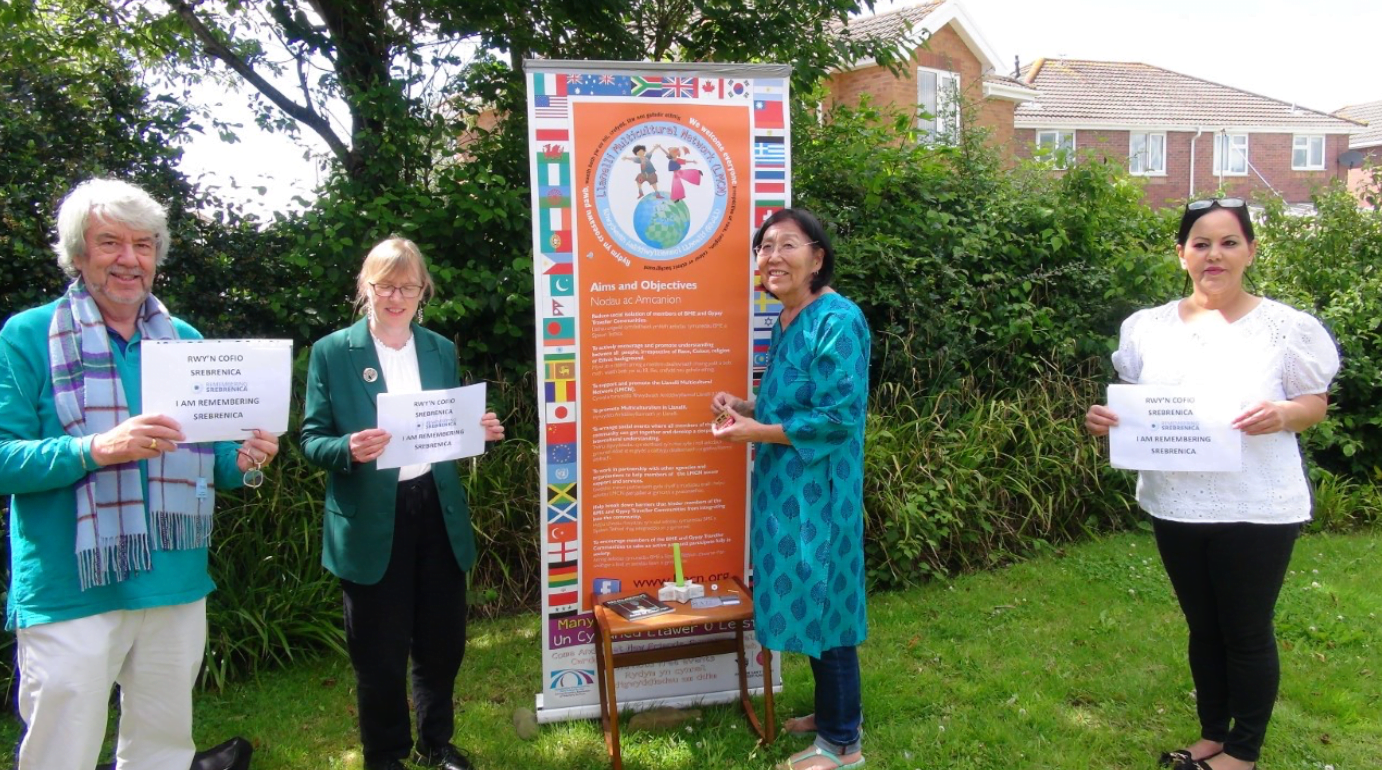 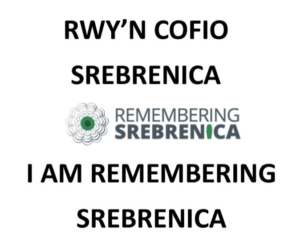 To mark the 25th anniversary of the tragedy at Srebenica members of Llanelli Multicultural Network (LMCN) lit a candle to honour the victims and survivors of this genocide, and pledged to create a better, stronger, and more cohesive society in Llanelli and Wales.

On 11 July 1995, the town of Srebrenica in Bosnia which had been declared a UN Safe Area was over-run. After that more than 8,000 Bosnian Muslim men and boys were systematically murdered and buried in mass graves. Thousands of women, children and elderly people were forcibly deported. It has been described as the worst crime on European soil since the Second World War.

Srebrenica was a culmination of a campaign of ‘ethnic cleansing’ used in Bosnia from 1992. Many of its victims are still struggling for justice.

Chair of the Network Annie Evans said “The lessons we learn from Srebrenica are that hatred and intolerance can flourish if left unchallenged. We must all understand the consequences of not taking action against hate.”

By making 10 pledges the Network supported this year’s Remember Srebenica theme ‘Every Action Matters’ where the action of one individual does matter and help create a safer, more cohesive community.

Earlier in the week Welsh First Minister, Mark Drakeford spoke in the Senedd saying,“This year, we mark the twenty-fifth anniversary of the Srebrenica genocide. In July 1995, General Ratko Mladić and his Serbian paramilitary units overran and captured the town of Srebrenica, ignoring the fact that the area had been designated as a place free from any armed attack or other hostile act. In the days that followed the town’s fall, more than 8,000 Bosnian Muslim men and boys were massacred. Thousands of women, children and elderly people were forcibly deported. This was the greatest atrocity on European soil since the end of the second world war. Today, we remember those who lost their lives in Srebrenica. Our thoughts are with those who have survived them, and who have done so much to make sure that their memory is never far away from the international community. Srebrenica is another name on the list of towns and countries tainted by hate and genocide, but it is also a reminder of what happens when hate and prejudice go unchallenged. It’s a reminder to us all to stand together against that hatred and division in our own communities in all its forms, wherever we are in the world. At the Holocaust memorial service earlier this year that a number of us here attended, we heard from Srebrenica, and we heard that slogan that is so often said, ‘Never again’, and the gap that we all must work so hard to close between that ambition and the actions that we still see around us in the world. We must learn from these dark moments of history.”

A short film, made by Malcom Boorer, including the pledges made by LMCN members and others and footage from members visits to Bosnia can be found here.

LMCN members were joined by Cllr. Fozia Akhtar, Chair Carmarthenshire County County’s Communities Scrutiny Committee, who added “ I was delighted to be able to be part of Llanelli honouring the memory of those affected by the tragic events at Srebenica and make the pledge to eliminate racism and discrimination”

Paolo Piana, Regional Coordinator for Race Council Cymru said, “After World War 2, we never expected that Europe would witness genocide on this scale again. It’s a lesson for all of us that we should never stop striving to build a world built on peaceful co-existence and understanding and creating cohesive communities for this and future generations. 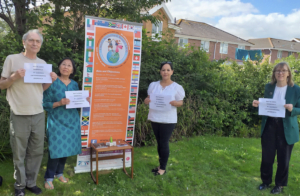 LMCN would like to thank Nia Griffith, MP, Shadow Secretary for Wales and Cllr. Shahana Najmi JP, Leader of Llanelli Town Council for showing their support. 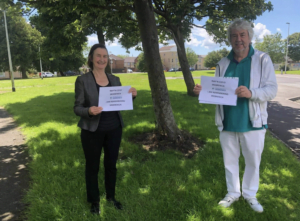 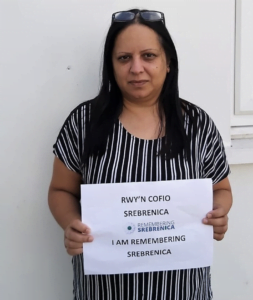