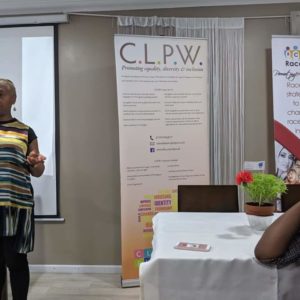 This was a Free event with lunch provided and programmed a short film on the Windrush Generation, guest Speakers, music & dance and was advertised locally and through all RCC, CLPW and community networks, social media platforms and direct whats app community groups for all to participate.

The event highlighted what Windrush Day is and focused on the engagement of the local communities with the Windrush story through speakers’ presentations and through the voices of the Windrush generation themselves.

Positive messages were reinforced about the contribution made to Wales by the Windrush Generation as well as explaining the hardship suffered and trials overcome, whist achievements gained.

The celebration promoted inclusion and participation and learning across different communities as well as raising awareness on the focussed subject of Windrush.
The event was widely promoted via all social media platforms, word of mouth and via press release sent to all local press. Emails were also sent for the community cohesion officer to forward to the relevant personal, with print distributed at various venues, council offices, museum, library, tourism information centre.