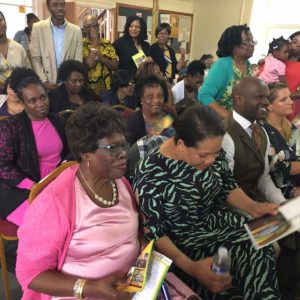 Churches Together Windrush Thanksgiving and Celebration Worship Service for all churches in Newport and Monmouthshire. The event celebrated the Windrush generation and their descendants and the invaluable contribution they have made to Wales.

History of the involvement of the church was outlined as many of the people who came were Christians or their parents/grand-parents were. Thus, faith played a pivotal part in their settlement and endurance of the unimaginable treatment and hostility that they faced in Wales.

Other Windrush events hosted in Newport and Monmouthshire