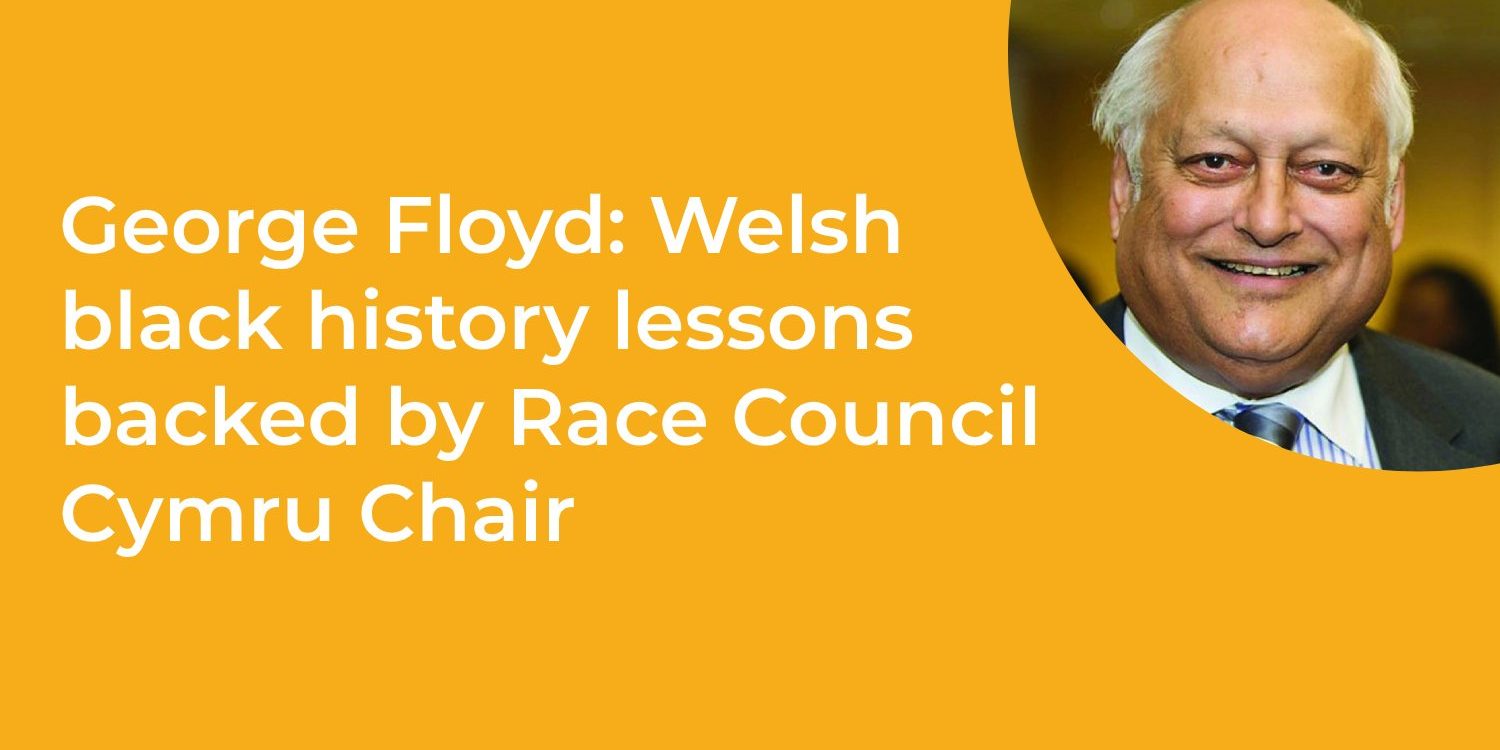 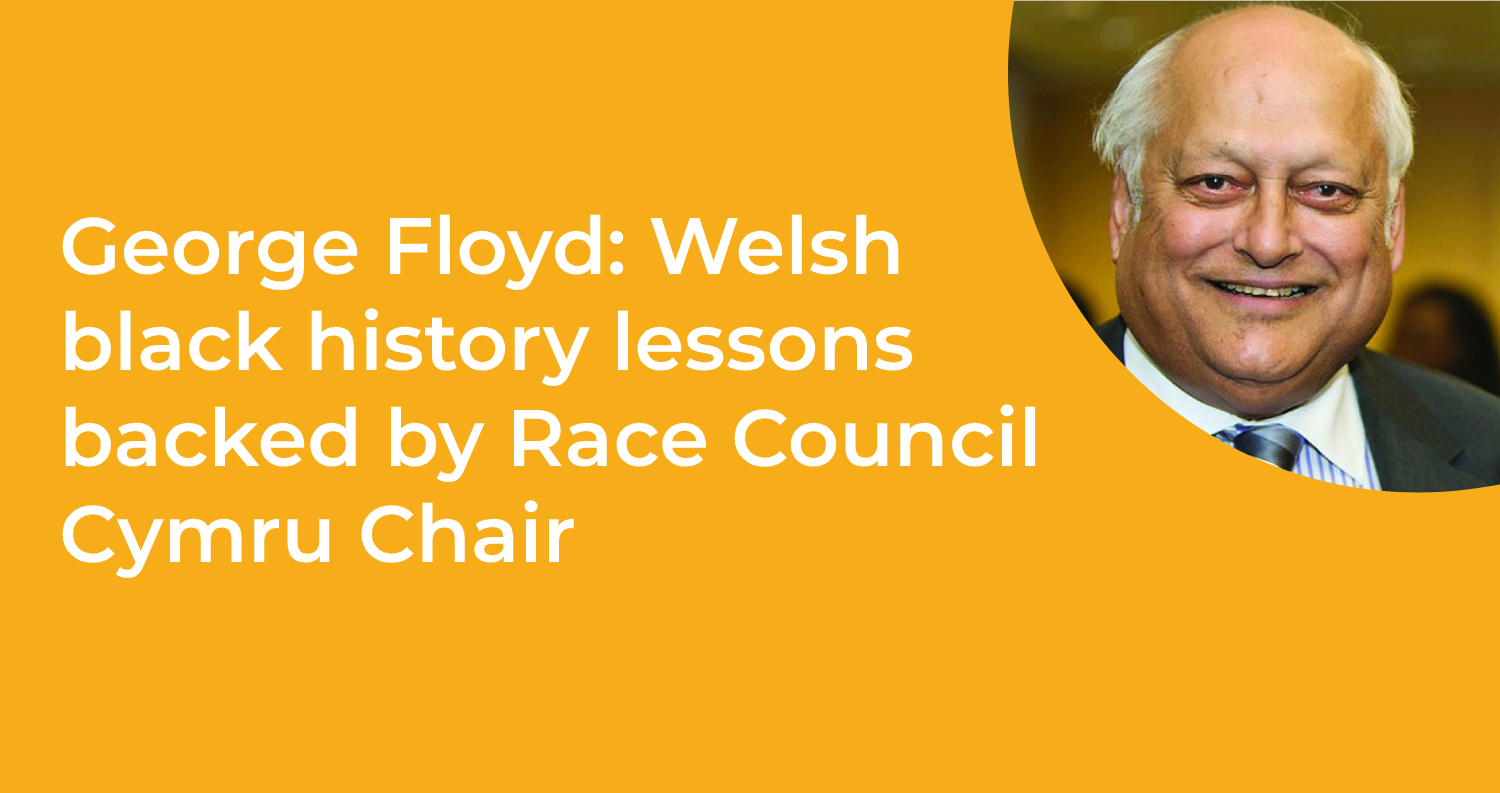 Ray Singh is also on the Welsh advisory group on the impact of Covid-19 on black, Asian and minority ethnic people

Teaching black history to Welsh pupils would “go a long way in helping to overcome racism”, the chairman of Race Council Cymru has said.

A petition calling for more recognition of Britain’s colonial past on the Welsh curriculum has exceeded 28,000 names.

“We are not born racist, we are made racist through our actions and way of life,” Ray Singh said.

The Welsh Government has said pupils should learn about Wales’ role in the slave trade and colonialism.

Crowds gathered across Wales on Saturday as part of anti-racism protests across the UK.

They followed the death of George Floyd, an unarmed black man, who died in police custody in the United States on 25 May.

Video showed a white police officer kneeling on his neck for almost nine minutes while he was pinned to the floor.

Speaking to BBC Politics Wales, Mr Singh said there was “a real strength of feeling in Wales about the death of George Floyd and a determination to show that black lives matter”.

He said: “Structural disadvantage for black people exists in our own communities as well and at its worst it is pure racism but there are others who are equally disadvantaged from those communities that is less overt than that.

“It isn’t racism in the deliberate sense, but it is embedded in the way that institutions operate and decisions get made.

“I think future generations will ask the question, in the face of the crisis of Covid-19, what was the response of the people of Wales, and I do hope that is now going to add momentum to expose, identify inequalities which are inherent and embedded in our society.

Change to curriculum would ‘go a long way’

The petition, started by postgraduate history student Angharad Owen, calling for Welsh pupils to be taught about black history will be debated in the Senedd after it exceeded the threshold needed of 5,000 signatures.
Ms Owen said: “This immense period of change and upheaval is an opportunity for the Senedd and Welsh Government to act upon the necessity of including black and minority ethnic history and culture in the education of young people across the country.

Mr Singh said: “I think that will go a long way to helping children, future generations, understand why there should be no discrimination.

“We have got people living here now who have contributed so much to the well-being of Wales and fought for the country, worked in the country.

“Those matters aren’t taught in schools and children don’t know that.

“That will go a long way in helping to overcome racism,” he added.

A Welsh Government spokesman has said: “The [education] minister has spoken about how linking the local, national and international will mean examining Wales’s role in the slave trade and our contribution to building the empire.

“It means we examine different perspectives on the Welsh experience through the works of Eric Ngalle Charles, or the social history of sport such as the many Welsh black players who ‘went north’ to play rugby league.

“History is not only a matter for one lesson and one subject.”

Mr Singh has been appointed co-chair of the Welsh Government’s advisory group on the impact of Covid-19 on black, Asian and minority ethnic (BAME) people.

A report published by Public Health England last week said people from ethnic minorities were at a higher risk of dying from coronavirus.

Asked if the Welsh Government’s advisory group had identified particular reasons, Mr Singh said: “No one particular reason but multiple reasons such as some of BAME people suffer with underlying health issues such as diabetes, blood pressure, hypertension.
“It’s also down to socio-economic factors, such as housing, poverty, all that culminates in making them more susceptible.

“Once we’ve found out immediate causes, we’ll make recommendations to the first minister to be implemented.

“We will then go on to consider medium to long-term impact and then provide further advice… to address those,” he added